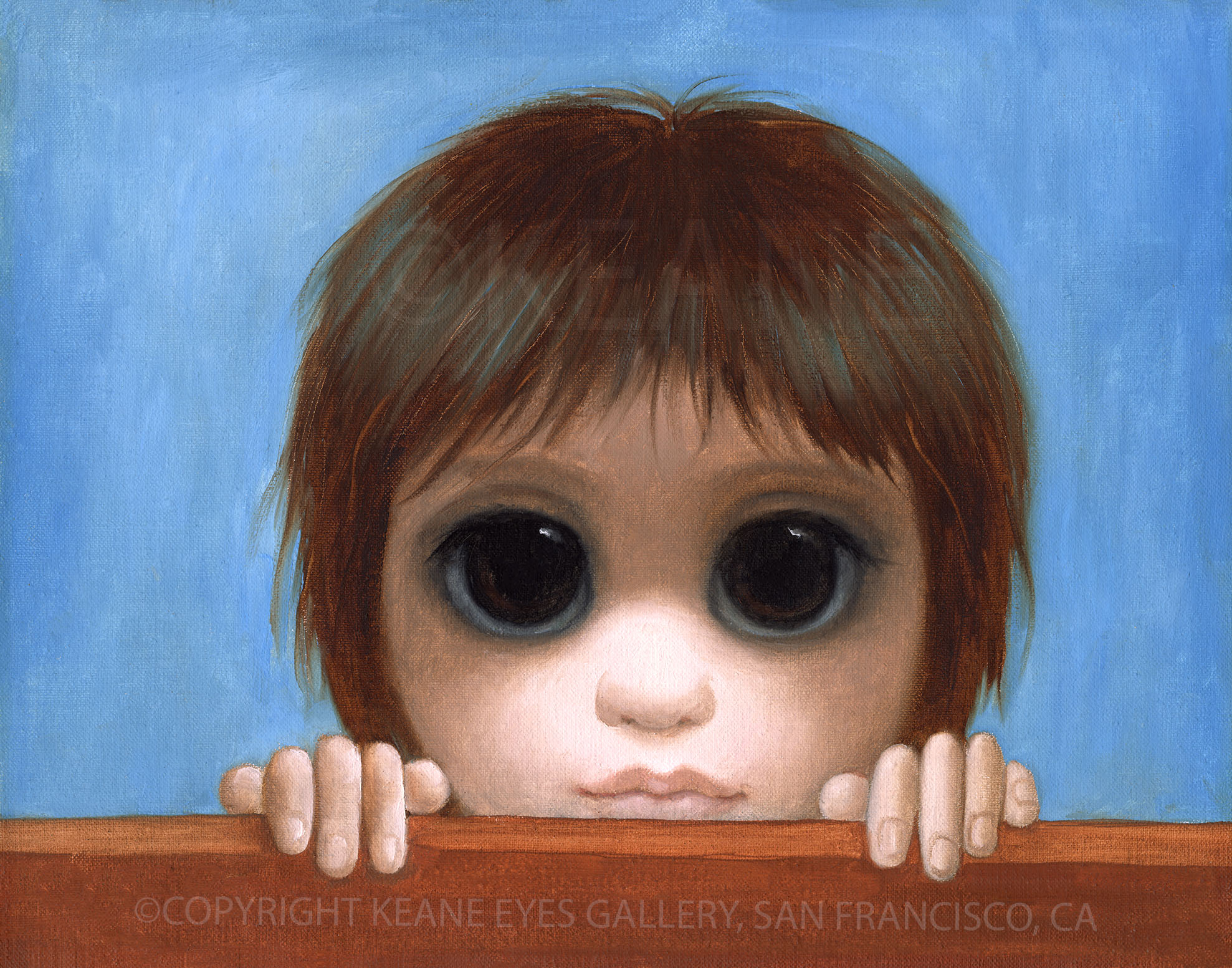 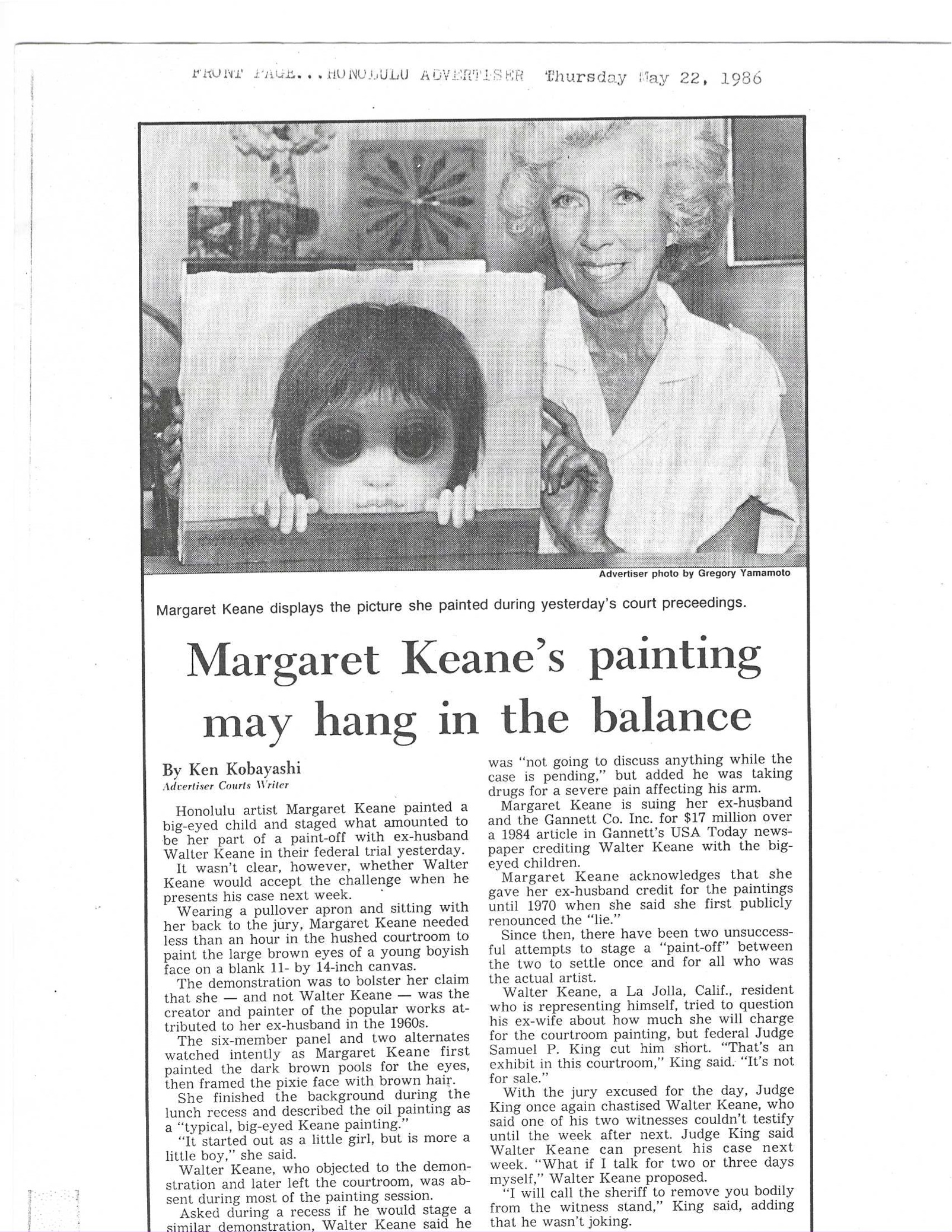 May 1986. Margaret KEANE, remembers this month very well. For three weeks, she was engaged in a federal trial in Hawaii, against former husband, Walter Keane, with Honorable Judge Samuel P. King presiding.  Before a six panel jury, Margaret and Walter were ordered to produce as evidence, an Original Oil Painting.  The judge said this was the simplest and most effective way to prove who was the real artist that painted those ‘Big Eyes.’ Little did he know this would prove to be an easy task for Margaret but an impossible one for Walter.  Margaret wanted the World to see that she was done with lying for Walter, and that she had outgrown the threats cast her way.  In less than an hour, Margaret created what she had been doing all along.  She said: “This was the fastest I ever painted in my life.”  This painting became known as, “Exhibit 224.”

As you may or may not know, Margaret, won the trial.  Walter, never produced anything.  Not a painting, drawing or sketch, was presented as evidence for his side.  He claimed a sore shoulder prevented him from painting.  We can only assume that shoulder never healed.  On the other hand, Margaret has never stopped, even as she approaches 94, she is still creating and trying new things.

The unframed cost of the numbered edition of the ‘Exhibit 224 Artist Proof’ is $1,195 USD. There’s an additional 8.5% sales tax for California residents. (Limit one order per person).

Reproductions of this court painting, “Exhibit 224,” from 1986 have never been offered in any form – That has now changed. Keane Eyes Gallery, is pleased to offer Signed and Numbered, Limited Edition, canvas reproductions of this painting.  There will only be 224 numbered prints, along with 26 Artist Proofs, all personally signed by, Margaret Keane.  The unframed canvas image measures 11″ X 14 “, the same size as the original court painting.

Comes with a Certificate Of Authenticity
Prints sold unframed

Please note: Delivery will take approximately one (1) to two (2) weeks. For International Orders, the recipient is responsible to pay any VATs or Duties that may be due upon delivery.  A tracking number will be provided once your order is processed and a direct signature will be required upon delivery. (Limit one order per person).